The South Molton Livestock Market is the largest slaughter sheep market in South West England and was established over 200 years ago. The market is run by Stags. I arranged a visit with the auctioneer and Head of Livestock Sales at Stags, Chris Clapham, and received a warm welcome from Chris and his team at the Thursday morning market. It is quite an event, with over 1000 sheep being dropped off by farmers, herded into pens and then guided into the auction ring in batches, where buyers inspect the animals and make bids and sellers and interested parties look from the gallery. For the uninitiated, like me, it is fast and furious and hard to follow the auctioneer’s ultra-rapid banter, as batches of sheep are driven through, examined by the buyers and sold, sometimes in less than a minute. The Stags’ Website has some interesting history about the Livestock Market:

“Stags has been auctioning livestock in South Molton since the 1850s, when Dobbs & Son and Edwin Cochram, two of Stags’ founding firms, sold livestock in the market by the railway station – auctioneers started markets wherever there was a station on the newly built railways. In fact at one time Stags had 52 markets throughout the South West. In those days sales in the parish were announced by the local vicar in his sermon after the births, marriages and deaths. The vicar would state which cattle, sheep and implements were to be sold, assured the congregation that the vendor was a churchgoer and would ask everyone to attend the sale. For his announcement, the vicar would be paid a guinea by one of the auctioneers.”

The farmers still bring sheep from far and wide, in small and larger numbers. Watching the farmers arrive in the morning, unload and prepare for the sale reinforced the point that a livestock market, based in a local market town like South Molton, is the heart of a pastoral countryside. It provides an essential service to farmers, an important contribution to the economy of the town and the surrounding area and employment for a wide range of people.  It is also an important opportunity for farmers, family members, suppliers and buyers to meet, do business and socialise. This is also an important and ancient tradition.  I was reminded that several towns that I knew over my working life, Maidstone, Newbury and Taunton, in particular, lost their livestock markets and with it much of their character as a traditional market town.

At the core of the Livestock Market is an efficient and hardworking team. The organisation is faultless and it is not all about herding sheep.  Each batch is tracked, both electronically and on paper, recorded for the auction and after the sale.  Very impressive when, from my layman’s eye, all the sheep looked the same! Some of the team were a little camera shy but when I mentioned that Chris had said that it was OK to take some pictures they eventually relaxed. 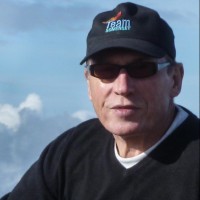